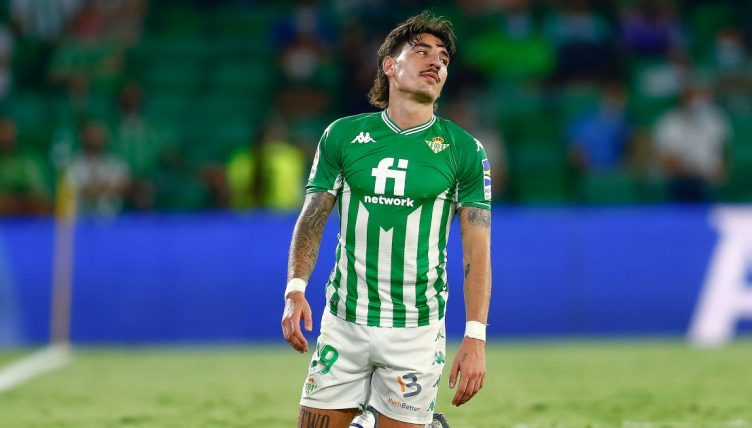 Arsenal loanee Hector Bellerin endured a nightmare performance in the Seville derby on Sunday – which was capped by an unfortunate own goal as Real Betis slipped to a 2-0 defeat.

Bellerin moved to Spain last summer in an attempt to secure first-team football after falling out of favour at the Emirates.

And the full-back has enjoyed a solid season as Betis have hovered around the Champions League places.

But, against fierce rivals, Sevilla, Bellerin had a day to forget. He looked to have put Betis ahead in the first half after poking the ball past Sevilla goalkeeper Bono but the goal was ruled out for a narrow offside.

Things got worse for the 26-year-old in the game’s final minutes. Gonzalo Montiel whipped in a cross that Bellerin couldn’t sort his feet out in time to deal with.

Instead, the ball hit him on the leg and went into his own net – capping a disappointing night for both Bellerin and Real Betis.

The Arsenal man on loan at Real Betis hits it into his own net and Sevilla go two up. 👊 pic.twitter.com/7GuF9ChidL