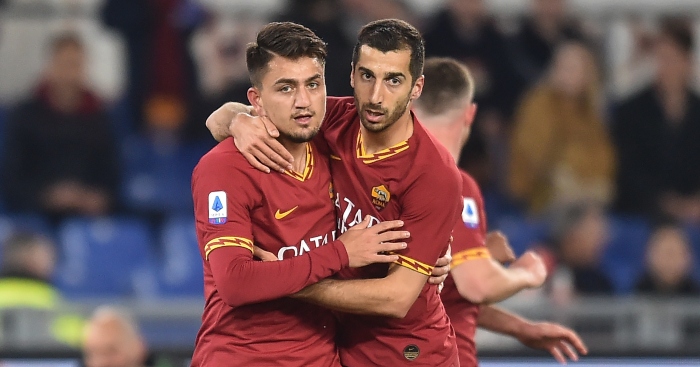 Henrikh Mkhitaryan had a difficult time at Arsenal, but the midfielder looks like he is getting back to his best at Roma this season.

The 31-year-old joined the Gunners from Manchester United two years ago in a swap deal that saw Alexis Sanchez go the other way.

But Mkhitaryan failed to impress Unai Emery and was sent on a season-long loan to Roma after scoring nine goals in 59 appearances for Arsenal.

The Armenian has struggled with injuries in Italy, but started Roma’s Serie A fixture against Leece and got an assist after 13 minutes.

Mkhitaryan then doubled their lead just before half-time, running onto Eden Dzeko’s pass before firing a first-time shot under the goalkeeper.

Former Manchester City stars Eden Dzeko and Alexsandar Kolarov added another two goals for the home side in the second-half as they cruised to a 4-0 win.