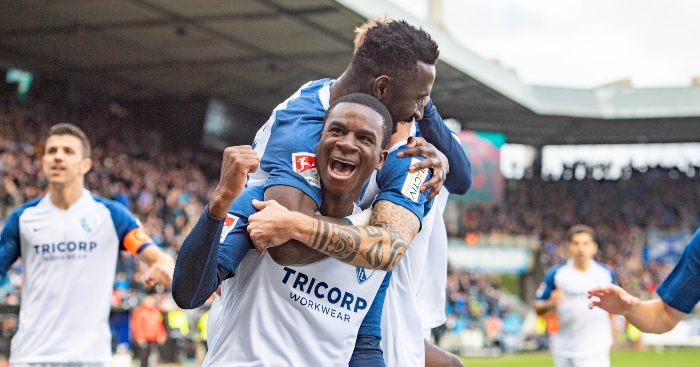 Arsenal’s Jordi Osei-Tutu became the first Englishman to score following the resumption of football in Germany.

The 21-year-old joined 2. Bundesliga side VfL Bochum on loan in 2019 and their season is back under way after a two-month break due to the coronavirus pandemic.

Osei-Tutu was named in the starting lineup against Heidenheim and doubled their lead in the 34th minute.

He picked up the ball in the penalty area before drilling an effort into the bottom corner and that is his third league goal of the season.

VfL Bochum added another goal in the second half to complete an impressive 3-0 win.

Six of the most ridiculous players linked with Arsenal during lockdown