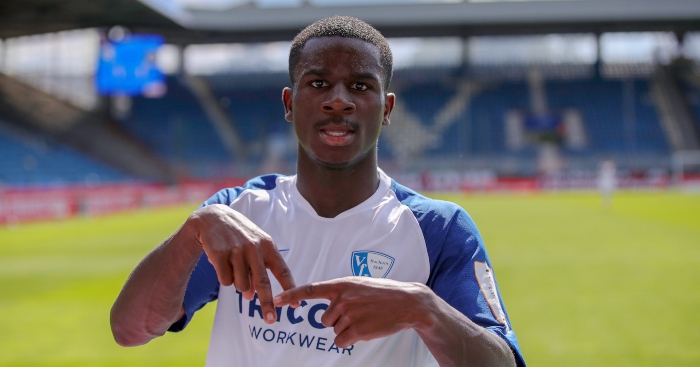 Arsenal’s Jordi Osei-Tutu continued his excellent form on loan at VfL Bochum with a well taken goal in a 2-2 draw with Greuther Furth.

Osei-Tutu joined the 2. Bundesliga outfit on a season-long loan deal in 2019 and has now scored four goals in his last 10 appearances.

The 21-year-old is yet to make his competitive debut for Arsenal, but his performances will no doubt have caught the eye of Gunners boss Mikel Arteta.

Osei-Tutu’s latest effort came in the 52nd minute against Furth and the right-back showed great composure to go round the goalkeeper before slotting the ball into the net.

However, Bochum couldn’t hold onto the lead and Furth scored a late equaliser to make it 2-2.

Watch: Dani Ceballos produces the greatest nutmeg of all time for Arsenal