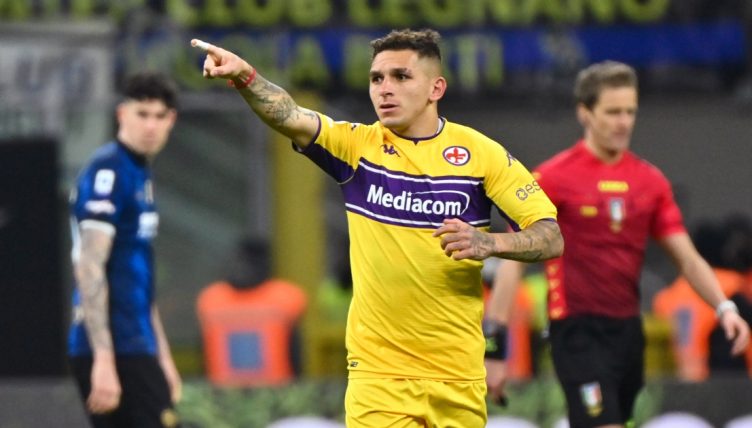 Torreira joined Arsenal from Sampdoria for £26million in 2018 and enjoyed a brilliant start to his debut season, prompting comparisons with Patrick Vieira.

But the Uruguay international struggled to maintain that form and was deemed surplus to requirements following Mikel Arteta’s arrival.

He joined Atletico Madrid on a season-long loan deal in October 2021 in a deal that saw Thomas Partey move in the opposite direction.

After making 26 appearances for Diego Simeone’s side in 2020-21, Torreira was shipped out on loan again and joined Serie A side Fiorentina.

The midfielder has rediscovered his best form in Italy and made his 28th appearance of the season in their trip to the San Siro.

He gave Fiorentina the lead with a real poacher’s effort, drifting into the box to fire Nicolas Gonzalez’s pull-back into the roof of the net. The 26-year-old has now scored four goals this season and is Fiorentina’s joint-top scorer along with Dusan Vlahovic, who recently left for Juventus.

Torreira also suffered a knock to the face and lost his front tooth during the game but played on to help Fiorentina secure a 1-1 draw.

Fiorentina have an option to make the Torreira deal permanent for £12.5million at the end of the season, and he now looks set to stay in Italy.

“My agent met with the Fiorentina people last week,” the midfielder recently told Sport890 on 100% Deporte. “I’m very happy in Florence because I can feel the trust of the club and the manager. Today I belong to Arsenal, and I need to evaluate many things, but I’m very happy here.”

Is the title race starting to slip away from them? pic.twitter.com/MbMT9WOq9K