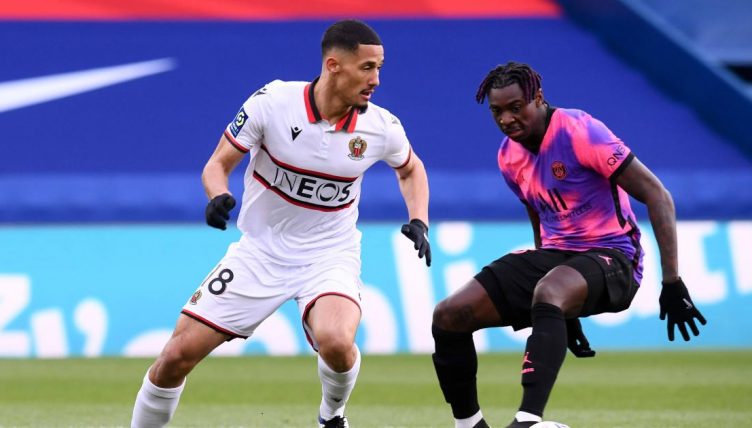 Despite being on the losing side, Arsenal loanee William Saliba impressed for Nice against Paris Saint-Germain.

Saliba, who joined the Gunners for a reported £27million in the summer of 2019, was immediately loaned back to Ligue 1 outfit Saint Etienne for the 2019-20 season.

He arrived at the Emirates with high expectations but was left out of their Premier League squad and only played for their Under-23s during the first half of 2020-21.

The 19-year-old returned to Ligue 1 in January in search of regular first-team football, joining Nice on loan for the remainder of the season.

“He [Mikel Arteta] judged me on two-and-a-half games. I would have liked for him to play me more,” Saliba told RMC. “But he told me I wasn’t ready. I was waiting for him to give me a chance, but football is like that.

“I was waiting for him to give me a chance, but football is like that. When I initially came to Arsenal the league looked very good so I showed up to training and wanted to train on my own to show the coach I was ready.

“I am happy now, I want to play for Nice. The idea when you’re part of a team is a better feeling for me.”

The centre-back made his eighth appearance for his new side against PSG and showed why he’s so highly-rated with a promising display.

He made three interceptions and won 100% of his aerial and ground duels and wasn’t dribbled past during the game.

Saliba also showed that he’s comfortable with the ball at his feet, winning the ball back near his own box before driving past three players.

The game of football is simply too easy for Saliba… pic.twitter.com/ggw74QdGPS

Where are they now? Arsenal’s six wonderkids from Football Manager 2011