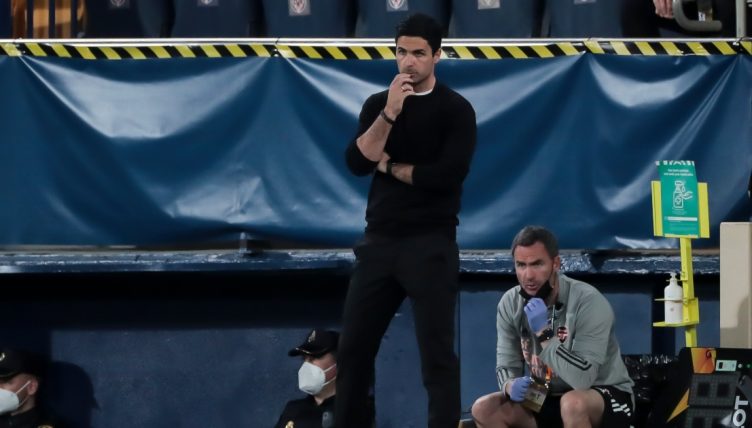 Arsenal manager Mikel Arteta couldn’t believe what he was seeing after Dani Ceballos was sent off against Villarreal.

After a disappointing season, Arsenal travelled to Spain for the first leg of their Europa League semi-final knowing that only victory in the competition would redeem their campaign.

But Arteta’s team were two goals down at half-time and looked second best. Worst of all, Villarreal are managed by unloved ex-Arsenal boss Unai Emery.

Ceballos was a ticking time bomb throughout and it came as little surprise when he was sent off for a second bookable offence in the 56th minute.

Having dodged a red card for an ill-timed challenge just after half-time, the midfielder lunged in on Gerard Moreno and left the referee with little choice.

Arteta was distraught on the touchline and one camera captured the Arsenal boss going through the full range of emotions as his dream of silverware slips away.