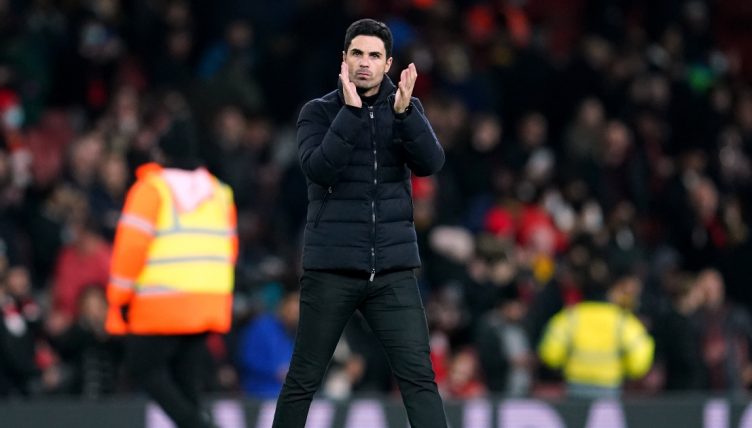 Gabriel Martinelli was impressive as Arsenal beat West Ham 2-0 in the Premier League on Wednesday evening – but manager Mikel Arteta couldn’t believe his eyes when Martinelli went down off the pitch.

The 20-year-old opened the scoring at the Emirates, firing a left-footed finish past Lukasz Fabianski and setting Arsenal on their way to victory.

Shortly after that, he also decided to crush the soul of West Ham’s Czech international midfielder Tomas Soucek. After picking the ball up on the left, Martinelli brutally nutmegged Soucek, displaying all of the confidence that was coursing through his veins.

But, when the Brazilian went down injured in the second half while off the pitch, it caught Arteta’s eye immediately.

Martinelli was suffering from cramp, something Arteta commented on in the press conference after the game: “He was cramping again and he needs to mature in that sense but his overall understanding of the game is getting much better.”

Yet instead of comforting his young striker as he clung to his burning calves, Arteta picked him up and ordered him back on the pitch – to go down and stop play to get treatment.

The Arsenal boss clearly hoped that more time would be wasted while Martinelli received treatment and his side would have a greater chance at holding onto the one-goal lead they held at that point.

As it transpired, Arteta needn’t have worried as Emile Smith Rowe scored Arsenal’s second a few minutes later, putting the result and three points beyond doubt.

The BT Sport commentary team were certainly amused by the Martinelli episode, which they called ‘ridiculous’. To be honest, we were too.

Mikel Arteta was fuming that Martinelli went down off the pitch and ordered him back on to get treatment 😂 pic.twitter.com/T5xlk0alGg