Watch: Arsenal players celebrate excellent Ramsdale save like a goal 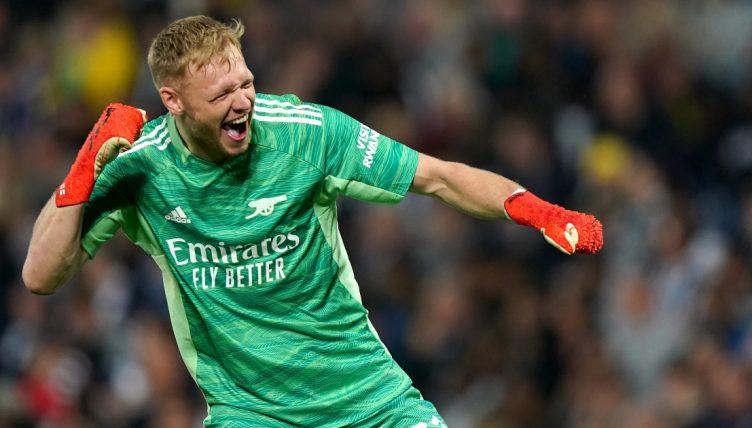 Arsenal’s players were seen celebrating a brilliant reflex save by goalkeeper Aaron Ramsdale in much the same manner they would have done a goal during their victory over Aston Villa on Friday night.

Ramsdale’s crucial stop came in the 62nd minute of the game when the England international used his boot to deny Villa’s Emiliano Buendia from point-blank range – maintaining the Gunners 3-0 lead.

The 23-year-old’s piece of brilliance sparked scenes of joy among the Arsenal players, with all of their back four along with midfielders Thomas Partey and Takehiro Tomiyasu being seen to enthusiastically surround Ramsdale in celebration before then exchanging a string of high-fives and hugs – in much the same way they would have done with a goal.

The moment summed a complete team performance by Mikel Arteta’s against Villa, with the North London side emerging with a 3-1 victory come full-time – a result which sent the club back into the top half of the Premier League.