Watch: The story of Ostersunds, a club out to beat modern football 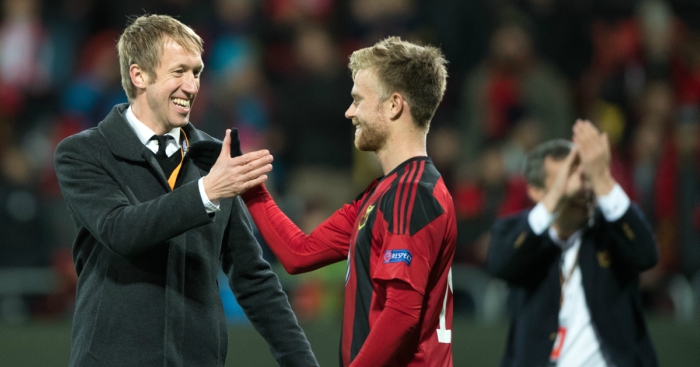 Swedish minnows Ostersunds travel to The Emirates to face Arsenal in the Europa League on Thursday, and they bring with them an incredible story.

They had just been relegated to the fourth tier when Englishman Graham Potter took charge in 2011, but he has since overseen a meteoric rise.

Successive promotions took them back up to the second tier in 2013 before Ostersunds made it to the Allsvenskan for the first time in their history just two years later.

Then, in 2017, they won the Swedish Cup, earning them a place in the Europa League, where they upset Galatasaray and PAOK to make it to the group stage, before finishing second behind Athletic Bilbao to progress and face Arsenal in the knockout stages.

But it is the way that they have done it which should raise more eyebrows than their actual achievements.

Since Potter’s arrival, the club have focused on developing players’ mindsets and decision making through a mandatory culture academy, seeing the players put on an art exhibition, perform in a play and even dance Swan Lake.

“It’s basically about getting you out of your comfort zone,” captain Brwa Nouri tells COPA90.

“It’s about learning to express yourself, and getting you to discover other sides of yourself that you didn’t know you have.”

Chairman Daniel Kindberg says: “If we go in and do exactly the same as everybody else is doing in football, we will be involved in a numbers game. And then we will be exactly where the money takes us. And we don’t have money.”

Watch the full video below for a deeper and very fascinating insight into Ostersunds Fotbollsklubb.