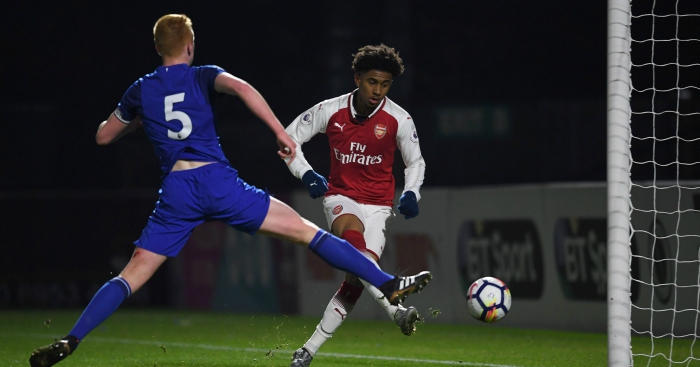 Eddie Nketiah, who made headlines earlier this year when he scored 15 seconds after coming on as a substitute against Norwich City, bagged a hat-trick as Arsenal’s youngsters extended their unbeaten run to six matches.

The Gunners are now just a point behind PL2 leaders Liverpool, having scored 19 goals in their previous five fixtures.

Nketiah opened the scoring after only 12 minutes and completed his hat-trick with two goals in the last half hour of the match.

But the goal of the night undoubtedly went to Nelson, the 18-year-old attacker who has broken into Arsene Wenger’s first team this season, making 12 appearances in all competitions.

After being played through on goal, Nelson displayed both a cool temperament and excellent skill to leave the goalkeeper sprawled on the floor as he man rolled the ball into the net.

A tribute to the Gilberto Silva, the unsexy but most-needed Invincible