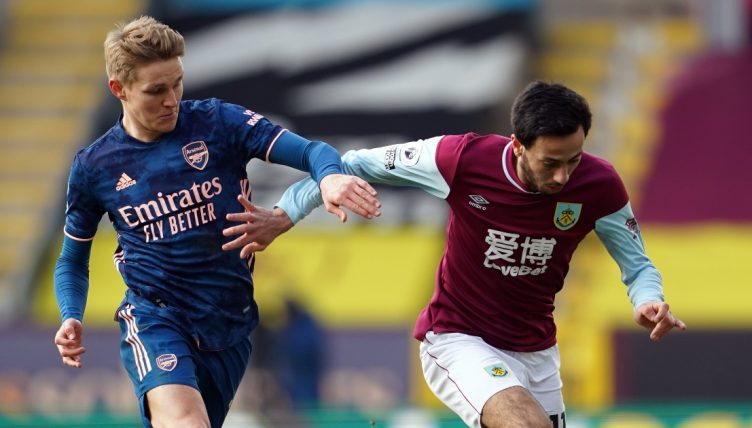 Arsenal may well be wondering how they left Burnley with only a point after playing out a 1-1 draw at Turf Moor.

Granit Xhaka’s mistake at the back proved costly for the Gunners on Saturday afternoon, as they found themselves unable to regain the lead again, following Pierre-Emerick Aubameyang’s early opener.

There was controversy as Arsenal appeals for an Erik Pieters handball were waved away by the referee, with no subsequent action being taken after being looked at by the VAR officials.

Mikel Arteta gave his frank thoughts on the decision in his post-match interview, but he may also have wondered how his side failed to score in injury-time, with a ridiculous goal-mouth scramble.

Burnley defended gallantly, blocked Arsenal’s efforts, with a ricochet falling perfectly to second-half substitute Dani Ceballos, who saw his name in lights as he connected sweetly, but he could only strike the post.