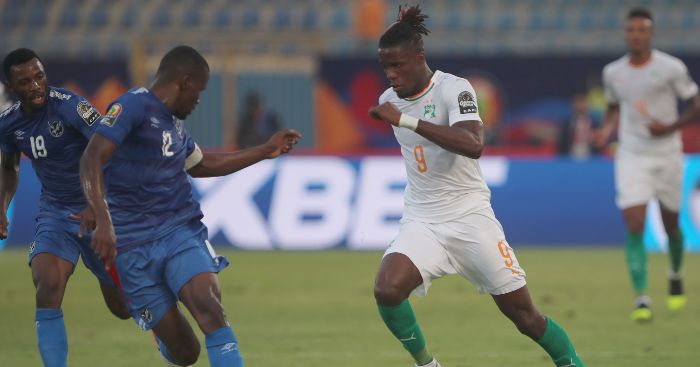 Crystal Palace winger Wilfried Zaha showed why Arsenal are after him with a well-taken goal for Ivory Coast in the African Cup of Nations.

After one win and a defeat, Ivory Coast went into the game against Namibia needing a win to progress to the knockout stages.

Goals from Max Gradel and Serey Die had given the Elephants a 2-1 lead before Zaha sealed the victory with six minutes left.

The 26-year-old, who was making his first start of of the tournament, received the ball and cut in from the left before firing a right footed shot into the bottom corner.

What a moment for @wilfriedzaha! 🇨🇮

He grabs his first goal of the tournament to secure Ivory Coast's place in the knockout round of #AFCON2019 pic.twitter.com/KzqckrHpQ2