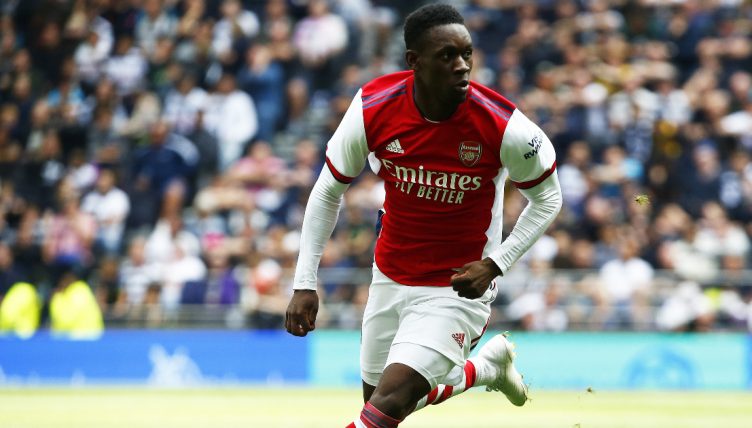 Folarin Balogun has been making waves in the Arsenal Under-23s this season, with many calling for him to be given more opportunities in the first team.

With Pierre Emerick Aubameyang, Alexandre Lacazette and Eddie Nketiah all disappointing at times this season, there is a case to be made for Balogun to be given a run at senior level.

After making his first start in the opening day defeat to Brentford, the 20-year-old hasn’t made a Premier League matchday squad since August and looks to be heading out on loan in January.

The US-born striker has been on fire in the Premier League 2, scoring 13 goals in 11 games, and he has wowed fans and coaches alike with his pace, skill and finishing ability.

In Sunday’s Premier League Cup win against Southampton, his trickery was on full display. With two players closing in on him, he pulled off a filthy nutmeg, which allowed him to advance forward before winning a free-kick.

It’s surely just a matter of time before he’s doing this on the big stage.