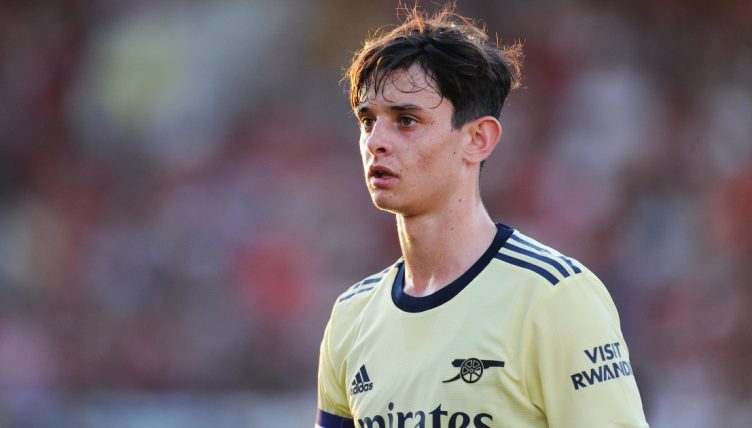 Charlie Patino showed why the excitement surrounding his prospects is justified by scoring a sensational goal for Arsenal‘s Under-23s against Manchester United – humiliating Phil Jones and Dean Henderson at the same time.

Patino has made waves in Arsenal’s youth teams and has been on the receiving end of some high praise.

“Sean O’Connor discovered Jack Wilshere and he said to me that Charlie [Patino] is the best player who has ever walked through the doors at Hale End,” club scout Brian Stapleton said.

While Reiss Nelson, who predicted the rise of Bukayo Saka, simply posted a picture of Patino on his Instagram story with the caption ‘watch this space’.

And, judging by this sensational effort against United, neither Stapleton nor Nelson were wrong.

Showcasing all of his impressive talents, Patino first won the ball back with a fine challenge, before skipping beyond a series of defenders – including Jones – with some silky dribbling skills.

And the icing on the cake was the midfielder’s unerring finish, a delicate chip beyond the helpless Henderson, to complete a 3-1 victory for Arsenal.