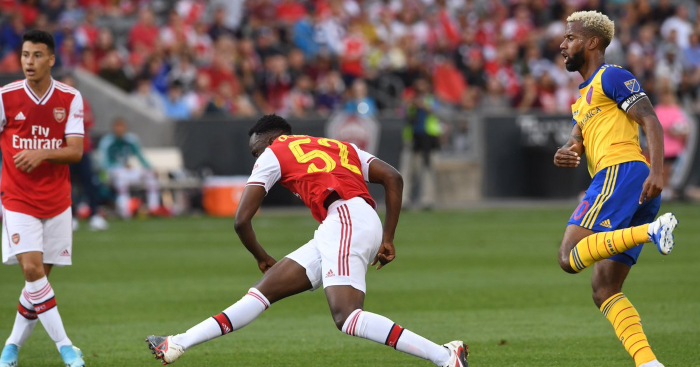 Arsenal youngster James Olayinka made quite the impression on Unai Emery with a stunning goal as the Gunners beat Colorado Rapids 3-0 in a pre-season friendly.

Olayinka, an 18-year-old midfielder, has yet to make his competitive debut for the north Londoners but gave Arsenal manager Emery something to think about by intercepting a pass and curling the ball into the top corner from the edge of the box.

“I’ve been here for 12 years now, so to finally score for the first team is a great feeling,” Olayinka said. “I’m sure everyone at home is happy and hopefully there are many more to come.”

And team-mate Reiss Nelson came up with the perfect description: “It was a banger, you know. I believed in the young lad, I’m happy he’s got his first goal.”