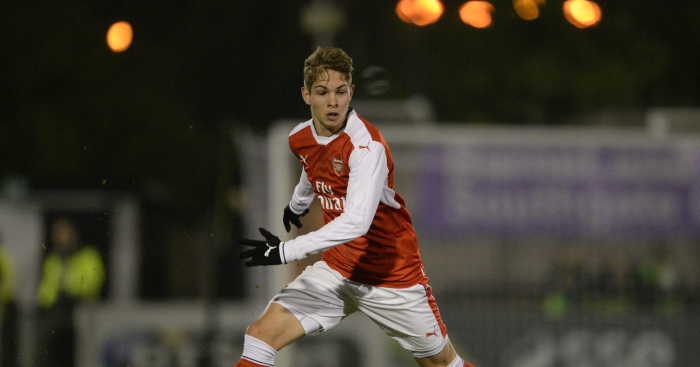 Smith-Rowe signed his first professional contract with Arsenal last summer having reportedly snubbed interest from Tottenham and Barcelona in the past.

The 17-year-old winger was part of the England Under-17 squad which triumphed at the World Cup in 2017.

And the talented youngster displayed his quality on Sunday with an outrageous finish at Sunderland on Sunday afternoon, bending the ball with the kind of whip David Beckham or Roberto Carlos would have been proud of.

Smith Rowe’s finish set Arsenal on their way, with Tyreece John-Jules doubling their lead just before the break.

Elliot Embleton pulled a goal back for Sunderland, who had Wales international Jonny Williams among their ranks, but John-Jules added a second to complete the Gunners’ victory.

The award for goal of the game, however, definitely went to Smith-Rowe.