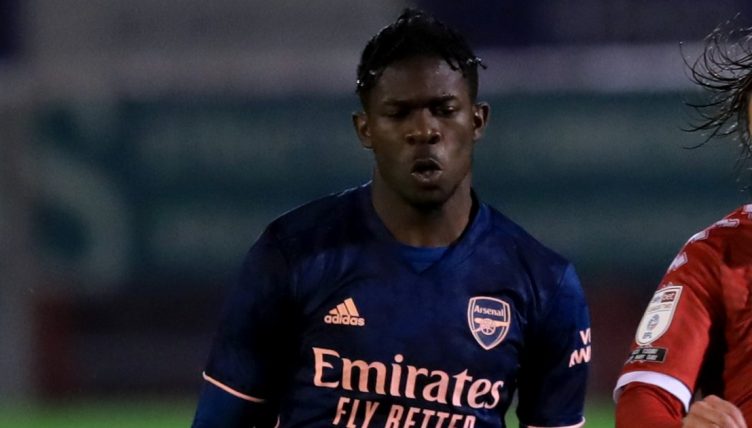 Arsenal‘s young players put on quite the show in their Premier League 2 game against Brighton on Friday night at the Emirates Stadium and Tim Akinola was right in the middle of the action, figuratively and literally.

The 20-year-old midfield pivot formed a fine parternship with the excellent Charlie Patino throughout the 3-0 victory and, in the second half, Akinola got the chance to show off his silky footwork.

With Arsenal already two to the good, Akinola recevied the ball in a central position, being closely monitored by two Brighton players.

No bother for the 20-year-old Arsenal player. With a two Zidane-style spins, he danced away from both of them before calmly laying the ball into the path of a team-mate.

Akinola joined the Gunners in 2020 after being released by Huddersfield Town, having previously spent time with the youth teams of Mansfield Town and Lincoln City.

On this evidence, bringing him in was a smart bit of business by the Gunners’ scouting team.

And Akinola was not the only one at it on Friday night. Two minutes after this bit of skill, Arsenal forward Folarin Balogun pulled off a spectacular backheel nutmeg, winning a penalty in the process.