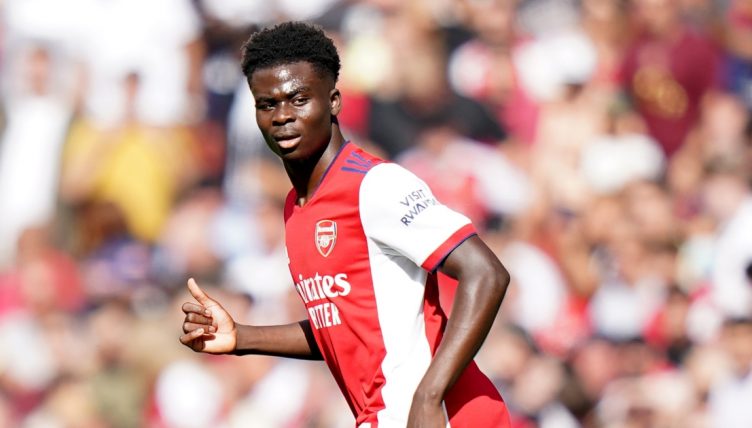 Arsenal went into the match on the back of two narrow victories over Norwich and Burnley, while Spurs had suffered heavy defeats against Crystal Palace and Chelsea.

And the match went the way of the current form book as first-half goals from Emile Smith-Rowe, Pierre-Emerick Aubameyang and Saka saw Arsenal blow their arch-rivals away.

It was a morale-boosting victory for Mikel Arteta and his side, which explains the jubilation after the final whistle had blown.

Ramsdale, who’d made a spectacular save just minutes before, grabbed Saka and delightedly exclaimed ‘my number seven!’ into his team-mate’s ear.

After the game, Gary Neville warned Saka to make the most of his potential and compared him to Tottenham’s Dele Alli.

“If they want a warning sign, they should look at Dele Alli,” he told Sky Sports.

“I had him with England and I would’ve said that he would’ve become one of the top midfield players that this country has ever produced. He had everything, 6ft 2, could score goals, could tackle, could head.

“And now look at him on the football pitch, he’s the shadow of the player he was. Last year I said he needs a wake-up call, but now he needs to sort himself out and quickly.”

Aaron Ramsdale celebrating with Bukayo Saka at full-time against Tottenham: “My #7!” #afc pic.twitter.com/VBXpqyk9uB