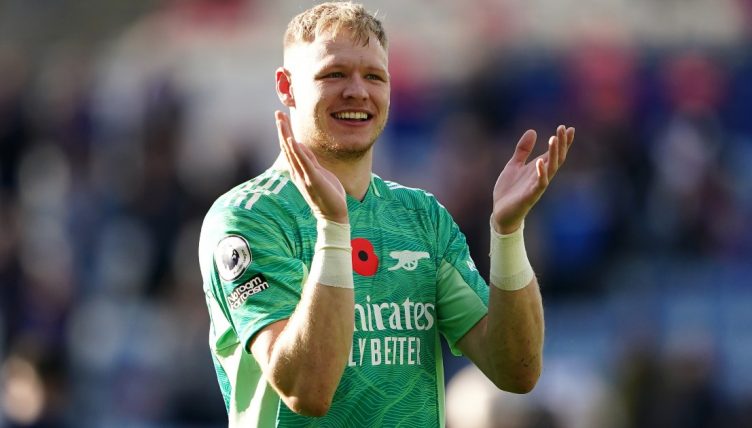 Aaron Ramsdale has been one of the signings of the summer, impressing fans and fellow players since his £23million move to Arsenal.

In a man of the match display against Leicester City last week, the goalkeeper made a world-class save to deny James Maddison from a curling free-kick, flying across his goalline to tip the ball onto the bar.

Following yet another win and clean sheet against Watford, he spoke to fellow England goalkeeper Ben Foster on his YouTube channel and explained his thought processes behind the save.

Two quality goalkeepers chatting about their craft after facing each other is content we can all appreciate.

Aaron Ramsdale breaks down 𝙏𝙃𝘼𝙏 incredible save against Leicester… pic.twitter.com/KgukrpAsMU