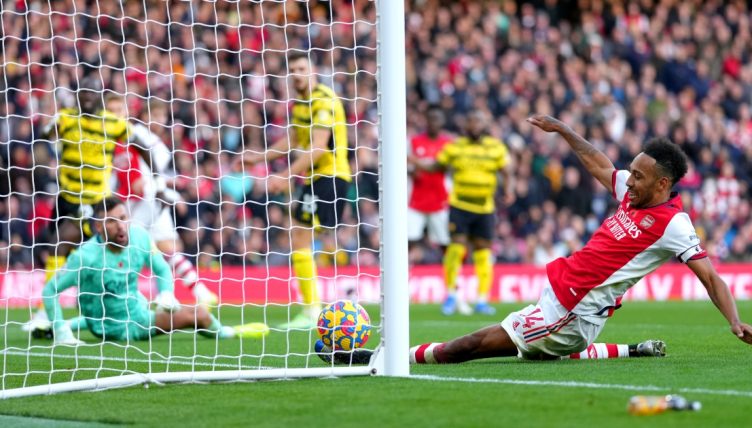 Pierre-Emerick Aubameyang didn’t have the most successful afternoon during Arsenal‘s match with Watford.

And the Arsenal captain inadvertently caused a goal for his side to be ruled out for offside.

Bukayo Saka slipped a pass through to substitute Martin Odegaard who spun inside the box and sent a shot across goal.

It looked like the ball was heading in but Aubeamyang was the player who got the final touch – and the striker was a yard offside.

Consequently, the goal was ruled out and Arsenal had to hang on for their 1-0 victory that took them level on points with fourth-placed West Ham.