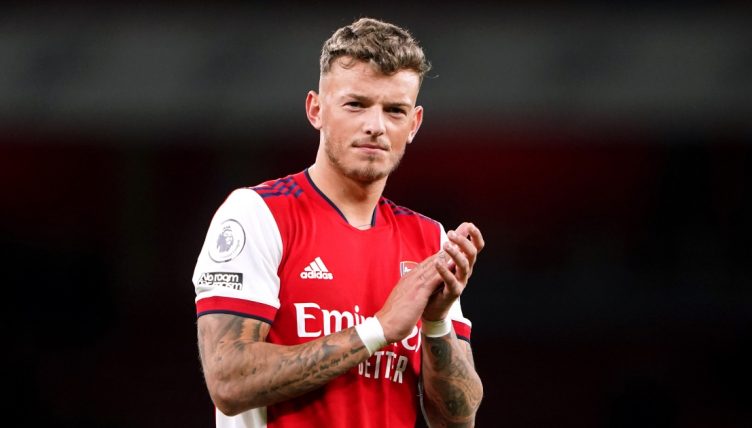 Ben White came out on top during his battle with former team-mate Kalvin Phillips in Arsenal‘s 2-0 win over Leeds United in the League Cup.

White spent the 2019-20 season playing alongside Phillips during a loan spell at Leeds, helping the club win promotion to the Premier League.

The England international then returned to Brighton and his impressive performances earned him a £50million move to Arsenal in the summer.

He has formed a promising centre-back partnership with Gabriel Magalhaes, helping shore up their defence after a disastrous start to the season.

White also showcased his ability on the ball during their first half against Leeds, putting the ball through Phillips’ legs before driving forward. But he felt ill throughout the game and eventually had to be replaced by Calum Chambers, who scored the opening goal for the Gunners.