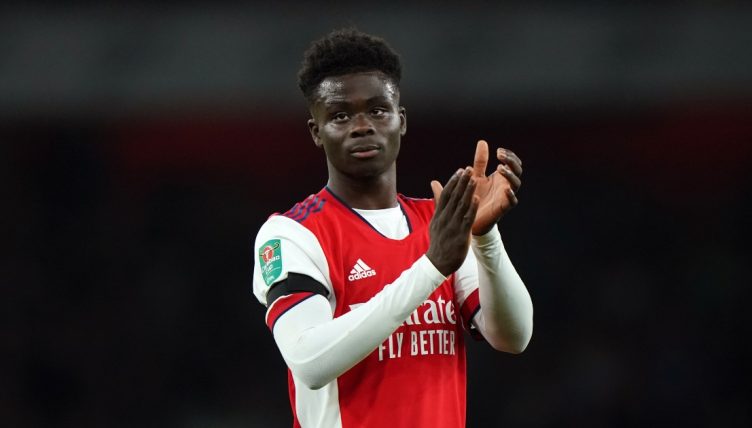 Bukayo Saka may only have made a short cameo during Arsenal‘s 3-0 win over Wimbledon in the Carabao Cup on Wednesday evening but he still captured the imagination with a beguiling run down the right-wing.

Saka enjoyed a breakthrough season during the 2020-21 campaign and became a national hero for England during the European Championship – despite missing the crucial penalty in the final against Italy.

The 20-year-old has enjoyed standing ovations wherever he has played this season and, if this dribble against League One opponents is anything to go by, Saka is playing with a huge amount of confidence right now.

He picked the ball up and dribbled into his own half before turning to unleash hell on Wimbledon’s weary defenders. Saka glided past three defenders, playing one-twos with Ainsley Maitland-Niles and Alexandre Lacazette in the process, before drawing a smart save from Nik Tzanev.

Italian outlet Calciomercato claims that Juventus and Atletico Madrid are eying Saka up and it is said that Arsenal would be open to selling Saka for a fee of €50million.

I don’t wanna see saka on the Left ever again. RW saka >>>pic.twitter.com/oUCgF3Y7Jg