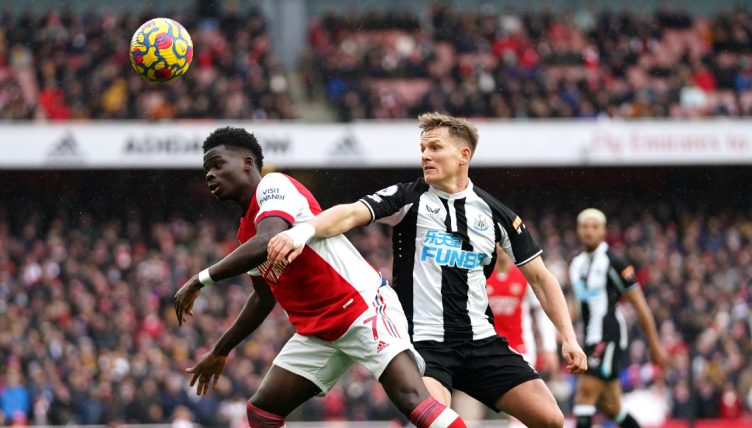 The Belgian midfielder floated the ball diagonally across the Newcastle defence after spotting Saka making a darting run in behind the Magpies’ full-back.

Saka slid in at the far post but failed to get a convincing enough touch to put the ball home and give the home side the lead.

Lokonga signed from Belgian sign Anderlecht in the summer and was a surprise addition to Mike Arteta’s squad.

But the 22-year-old has quickly gone about cementing his place in the squad and has recently formed a partnership with Thomas Partey at the base of midfield.

If Arsenal can claim victory over Newcastle they will go level on points with West Ham in fourth, as the Gunners seek a return to the Champions League, which they have not competed in since the 2016-17 season.