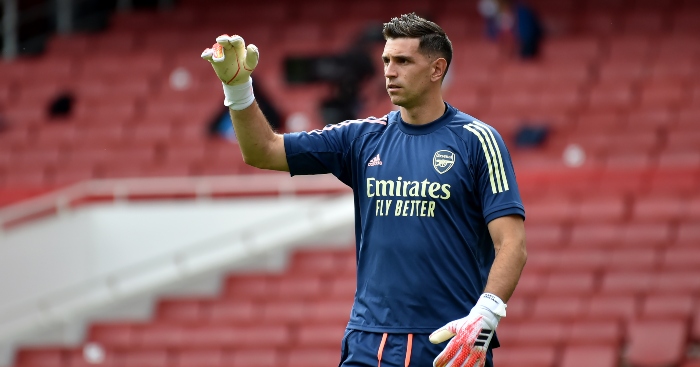 Emi Martinez produced an incredible save to preserve a 3-2 win for Arsenal against Watford on the final day of the season.

Pierre-Emerick Aubameyang’s penalty put the Gunners in front and left-back Kieran Tierney doubled their lead in the 24th minute.

Aubameyang then scored his his 22nd Premier League goal of the season with a superb overhead kick to make it 3-0.

But Watford pulled a goal back from the penalty spot through Troy Deeney and former Gunners forward Danny Welbeck made it 3-2 from close range.

Welbeck nearly scored an equaliser in the 73rd minute when his back-heeled effort looked destined to hit the net, but Martinez managed to claw the ball away with a brilliant save.

Arsenal held on to secure the three points and move up to eighth while Watford were relegated to the Championship.