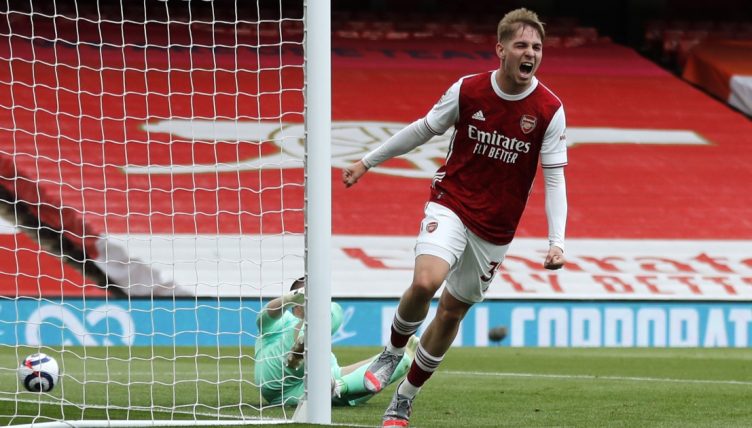 Smith Rowe enjoyed a breakout year during a difficult 2020-21 season for Arsenal, becoming an increasingly important squad member as Mikel Arteta experimented with his line-up.

And the 20-year-old caught the eye during Arsenal’s 2-2 draw at Ibrox as preparations for the 2021-22 season intensified.

The midfielder collected the ball just inside the opposition half and drove at the Rangers defence.

After motoring past two players and evading one challenge, Smith Rowe found himself alone in the Rangers penalty area.

With two defenders closing in, the England U21 international drew a good save from Allan McGregor before the ball was eventually scrambled away.

Smith Rowe has been subject of interest from Aston Villa this summer, but Arteta has said: “He will stay here, 100 per cent.”