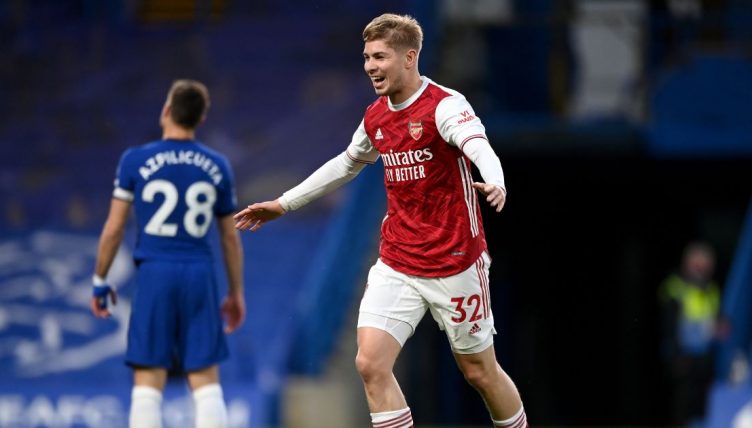 Emile Smith Rowe got the decisive goal in Arsenal‘s win over Chelsea  – but the real moment of the game came when he nutmegged Thiago Silva.

Smith Rowe has been a regular since breaking into the team in December and netted his first Premier League goal in Arsenal’s 3-1 win over West Brom last week.

The midfielder then followed that up with another goal against Chelsea, slotting home in the 16th minute after Jorginho nearly scored an own goal.

Mikel Arteta’s side had to defend resiliently in the second half but Smith Rowe was still able to showcase his impressive footwork.

The 20-year-old tricked his way past Cesar Azpilicueta and Reece James before nutmegging Silva, who was unable to close his legs in time.

Arsenal held on for the three points and have now completed the league double over the Blues for the first time in 17 years.

“That happens sometimes, I’m happy it went in but it was a slightly lucky finish,” Smith Rowe told Sky Sports when asked if his goal was lucky. “It means so much to score for this fantastic club, I just want to keep pushing on.

“I’m so tired but I feel like we played well, we looked tired at times but we got the three points and showed our character, we defended really well in patches and after this tough season it was a good performance from us today.”