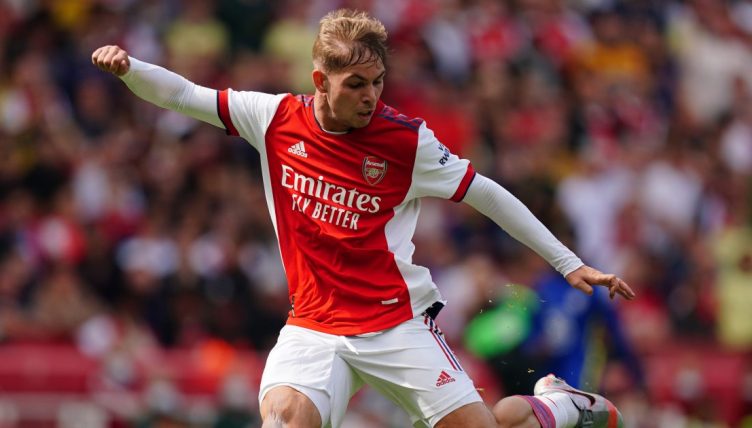 Storm clouds gathered for Arsenal on the opening day of the season as they went down 2-0 to Brentford in west London – but fans did at least see a silver lining in the performance of Emile Smith Rowe.

Overall the game was poor from Mikel Arteta’s side, with the Gunners getting outmuscled and eventually beaten quite comfortably by Thomas Frank’s newly-promoted Bees.

Yet in the skill, movement and passing of Emile Smith Rowe – the 21-year-old attacking midfielder who has taken the No.10 shirt for this season – there was a little room for optimism.

The standout moment of Smith Rowe’s display came in the second half, when he received the ball just inside the Brentford half, pulled off a Zidane-style turn to evade his marker, drove at the centre of the defence and forced ‘keeper David Raya into a smart stop.

It may have come to nothing, but in that moment Smith Rowe showed much of his abundant potential.

On Sky, Jamie Carragher picked out Smith Rowe and one other Arsenal man for praise: “These two have been excellent. Emile Smith Rowe and Kieran Tierney, they really have, they don’t deserve to be on the losing side.”