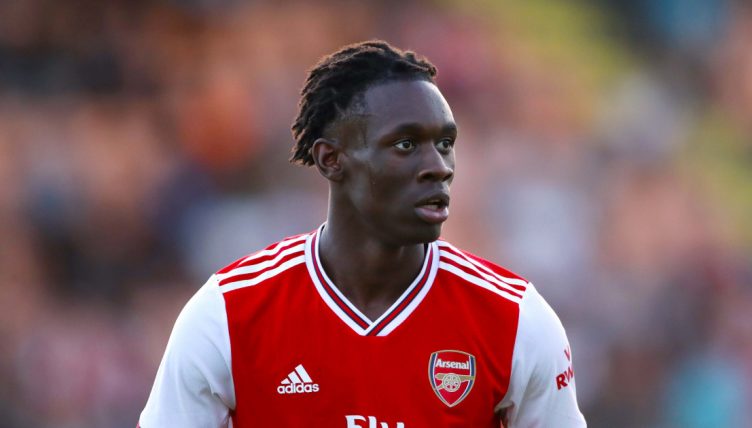 Arsenal wonderkid Folarin Balogun produced a sublime piece of skill to win a penalty in their Under-23s’ 3-0 win over Brighton earlier this season.

The technically gifted talent wowed spectators at the Emirates when he flicked the ball onto the inside of his other foot and through the legs of the Brighton defender.

He then ran around the Brighton full-back, driving into the box and winning a penalty when he was brought down.

Balogun, born in New York, joined Arsenal at a young age after his family moved to London when he was two.

The striker is regarded as one of the brightest prospects coming out of the Arsenal academy and has already made two senior appearances so far this season.

He will be hoping to be the next up Arsenal academy graduate to have regular chances in the first team after Bukayo Saka and Emile Smith-Rowe, who have cemented themselves as starters under Mikel Arteta.

🪄 Got any more magic up your sleeve tonight, @balogun? 😉 #AFCU23 pic.twitter.com/dGogU45uJg