Watch: Arsenal’s Gabriel hilariously blocks a cross with his b*llocks 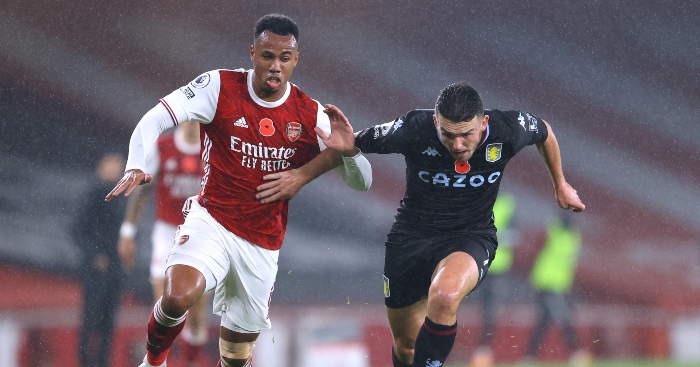 Arsenal‘s Gabriel Magalhaes produced one of the most unorthodox pieces of defending we’ve ever seen to preserve their clean sheet against Leeds United.

After Nicolas Pepe was sent off for headbutting Gjanni Alioski in the opening stages of the second half, the Gunners had their backs to the wall.

Ian Poveda looked to put a dangerous cross into the box in injury time but Gabriel thrust from his hips to block the effort before Mateusz Klich fired over.

The centre-back was left wincing in pain but proved that he’s willing to literally put his body on the line for the team. It was the type of fight later typified by Kieran Tierney having to be dragged away from the aforementioned Alioski at full-time.