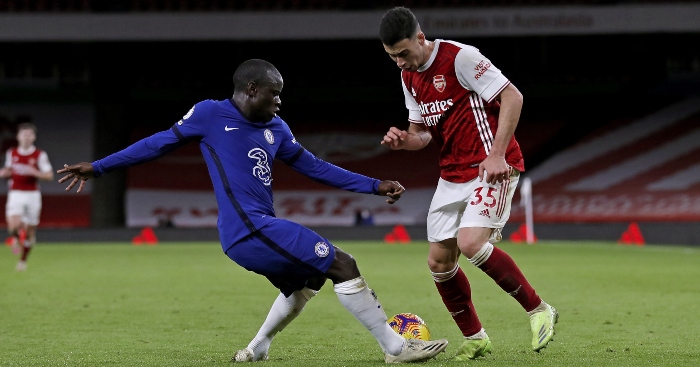 Chelsea’s N’Golo Kante must be absolutely sick of the sight of Arsenal forward Gabriel Martinelli.

Martinelli famously benefited from Kante slipping over on the halfway line before driving forward to score in a 2-2 draw between the two sides in January.

The 18-year-old spent a number of months on the sidelines due to a serious knee injury before making his eagerly anticipated return against Manchester City.

He made his first Premier League appearance of the season in their 3-1 win over Chelsea and gave Mikel Arteta’s side a fresh injection of energy.

The Brazilian also came up against Kante towards the end of the first half and left the midfielder on the floor with some impressive footwork.