Watch: Gabriel Martinelli leaves pitch in tears after injury in the warm-up 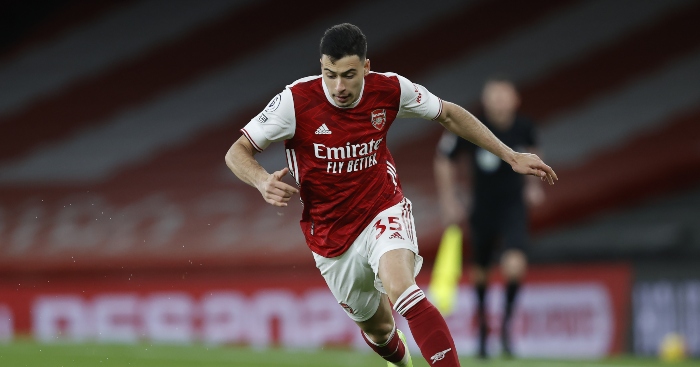 Martinelli enjoyed a brilliant debut season with the Gunners, becoming the first teenager to score 10 goals in a season for Arsenal since Nicolas Anelka in 1998-99.

The forward then picked up an untimely knee injury during a training session and spent six months on the sidelines before making his comeback in December.

He picked up from where he left off last season and was named in the starting line-up against Newcastle but went down in their warm-up ahead of kick-off.

The 19-year-old was left in a heap on the floor after appearing to get his studs caught in the Emirates turf and had to be helped to his feet by two physios.

Martinelli looked in some pain as he headed down the tunnel for more treatment and was then replaced by Reiss Nelson.

“It’s a massive blow that Gabriel Martinelli has been injured,” Ian Wright told BBC Sport. “He gives Arsenal and Mikel Arteta that energy. To see him go down, it was really quite worrying.”

Here’s what happened to Martinelli… pic.twitter.com/jsDdKlXPvM

Martinelli crying, feel so sorry for him. I hate 2021 so much already pic.twitter.com/0K1Fsi24SP