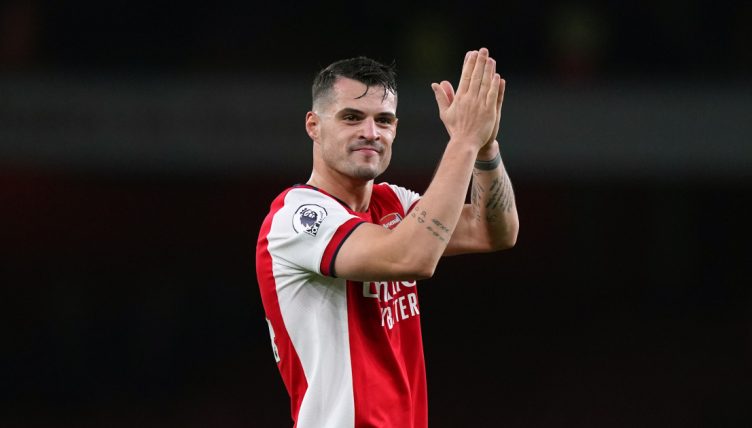 Granit Xhaka pulled off a totally unnecessary but brilliant bit of control in Arsenal’s Premier League match-up with Norwich on Boxing Day.

After the ball was whipped across the pitch towards him, the midfielder decided to spin and bring the ball under his control with his back rather than his feet or chest.

It was a Ronaldinho-esque move pulled off by a player who isn’t exactly renowned for his flair or showboating.

Xhaka has had a tumultuous time with Arsenal. He was once club captain but was stripped of the armband in 2019 after he remonstrated with the Arsenal crowd when he was substituted in a 2-2 draw with Crystal Palace.

The man who replaced him, Pierre-Emerick Aubameyang, has now also been stripped of the captaincy.

Xhaka, however, was able to rehabilitate himself in the squad and is once again an important part of Mikel Artera’s squad.

Arsenal are currently fourth in the Premier League and their 5-0 victory against Norwich City furthered their grip on the final Champions League spot.

The Gunners have looked revitalised towards the end of 2021, but both Manchester United and Tottenham have games in hand that could see them overtake Arsenal in the race for Champions League qualification.

Arsenal have not competed in the Champions League since 2016 and this year have not played in any European competition, having finished eighth in the league.

Can you name Arsenal’s 30 top goalscorers of all time?