Watch: Arsenal’s Kieran Tierney gets a hat-trick of assists for Scotland 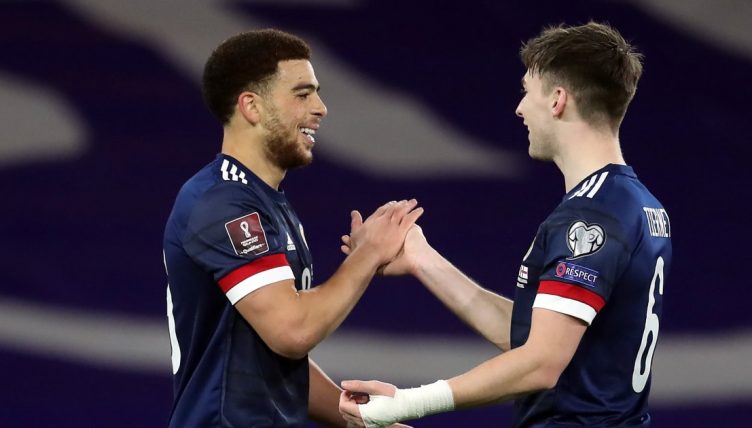 Despite not playing in his natural position, Arsenal‘s Kieran Tierney registered a hat-trick of assists in Scotland’s 4-0 win against the Faroe Islands.

Tierney has been in brilliant form for the Gunners this season, but Liverpool’s Andy Roberton remains Scotland’s first-choice left-back.

The 23-year-old has instead been used on the left of a back three for the national team and was named man of the match in their 1-1 draw with Israel.

He followed that up with another impressive performance against the Faroe Islands, setting up both of John McGinn’s goals before passing to Che Adams for his strike.

“I was not bad. I just tried my best as always,” Tierney said after the game. “I had a bit more time to go forward tonight and I enjoyed it.

“Everybody knows I like being high and wide putting crosses in. That’s my game. Tonight I did a lot of that. It was good tonight. I think the manager wanted me to sit a bit more but I couldn’t help myself at times!

“It’s the perfect end to the camp. The boys will be happy with that as there was a bit more confidence about us as well. It was a good way to end it.”