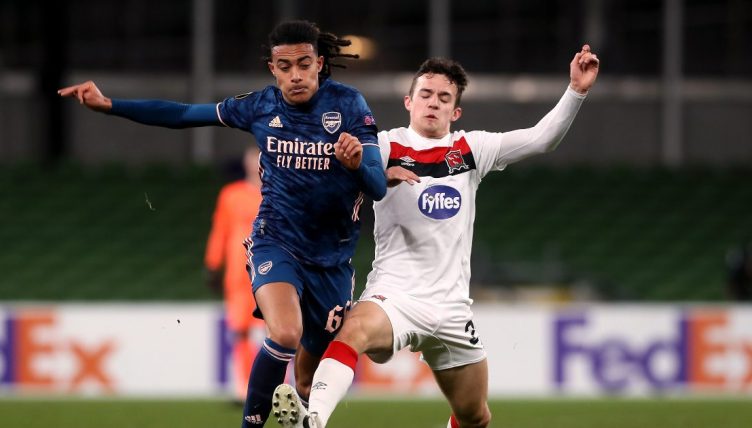 Arsenal‘s Miguel Azeez showed why he is so highly-rated with a sensational goal in their FA Youth Cup win over Blackburn.

Azeez came through the Gunners’ Hale End academy and made his senior bow in this season’s Europa League, coming on as a second-half substitute in December’s 4-2 group stage victory over Dundalk.

The 18-year-old is considered one of the brightest prospects at Arsenal and has been compared to Patrick Vieira and Sergio Busquets.

“One of my idols is Sergio Busquets,” Azeez during an interview with Spanish journalist Guillem Balague in July 2020. “I think he has been the best holding midfielder for a very long time0. He always seems to have space around him, always plays with his head up, one step ahead.

“For me, I like to put some of his game into mine. When players run at 100mph they can’t really look at what is going on and sometimes you need to play with a little bit of composure. I always thought Patrick Vieira was a good player in that position as well.”

The midfielder has impressed in Premier League 2 this season but played for the Under-18s in the FA Youth Cup fourth round clash at Ewood Park.

With the Gunners leading 2-0, Azeez picked the ball up outside the box before unleashing a stunning strike into the top corner.