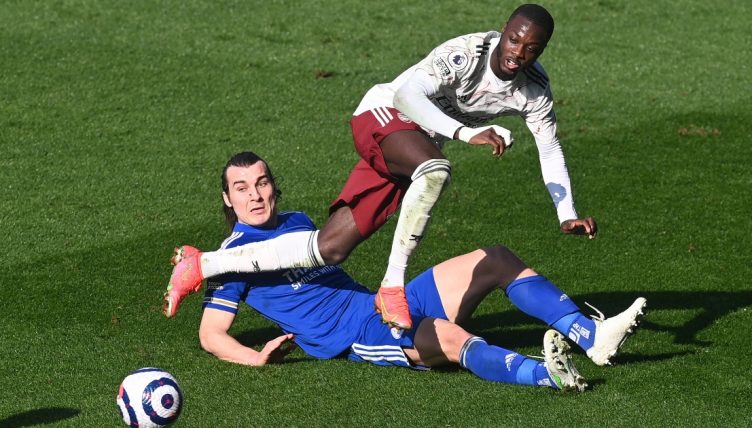 Arsenal‘s Nicolas Pepe destroyed two Leicester City players with a piece of quick-footed skill during their 3-1 win at the King Power Stadium.

Pepe was instrumental in Arsenal’s success at the King Power Stadium, scoring their third goal and being at the heart of an excellent away performance.

But the moment that caught our eye was when the Ivory Coast winger violated Marc Albrighton and Caglar Soyuncu in the second half.

After receiving the ball on the right-hand touchline, Pepe turned and slipped the ball through Albrighton’s legs.

Soyuncu sensed he could win possession and lunged in, only to find Pepe had dragged the ball back and had travelled to a different postcode.

We’re starting to see why Arsenal spend so much money on Pepe in 2019.