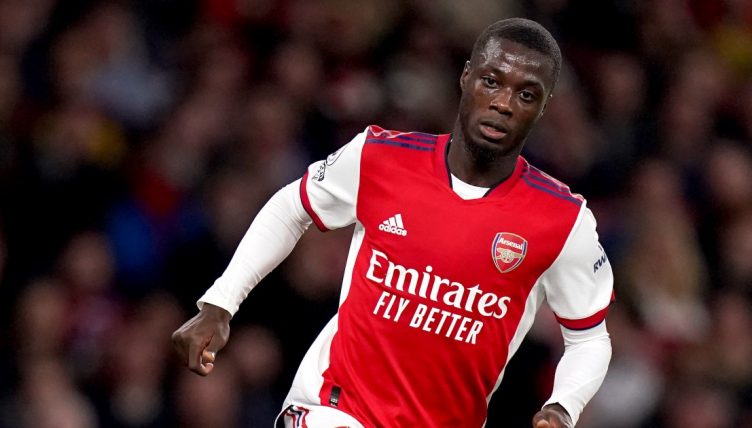 Arsenal‘s mercurial winger Nicolas Pepe got another chance to impress against Leeds United in the EFL Cup on Tuesday night – but quite literally fell flat on his face.

After some shoddy displays in previous games, Pepe was left out of the Arsenal starting line-up for their Premier League game against Aston Villa on Friday night at the Emirates Stadium, with Alexandre Lacazette preferred in attack.

Yet in Tuesday night’s EFL Cup tie with Marcelo Bielsa’s struggling Whites, Pepe was back in Mikel Arteta’s team and was keen to impress. A bit too keen.

Receiving the ball on the right wing during the first half, Pepe span past Adam Forshaw, accelerated and faced up Pascal Struijk.

As he attempted to drop his shoulder to fool the Leeds defender, though, Pepe somehow managed to get the ball caught under his feet, tripping and sending his jaw crashing into the turf.

If you’re looking for metaphors (and being a little harsh), then you could probabaly use this video to sum up Pepe’s time in north London.

Can you name Arsenal’s XI from Arsene Wenger’s last match as boss?