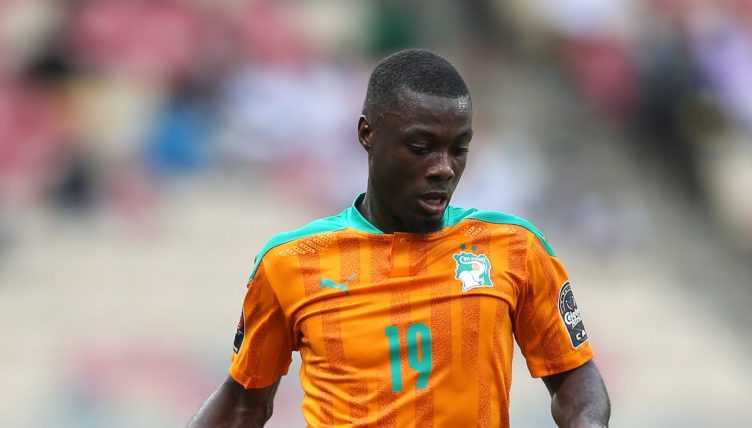 Nicolas Pepe may be struggling to justify his £72million transfer fee but the Arsenal attacker still has talent to burn – as his goal for Ivory Coast against Sierra Leone demonstrated.

After Pepe scored twice and provided two assists against Sunderland in December, Arsenal boss Mikel Arteta confessed that the 26-year-old has not been happy about his lack of minutes this season.

Pepe’s dissatisfaction has led to increased rumours that the forward may be sold by Arsenal in the coming months, with the club prepared to take a hit on the club-record fee that bought him to north London in 2019.

But the winger is currently participating in the African Cup of Nations for Ivory Coast and his goal in their second group match indicated that he’s enjoying his break from English football.

Ivory Coast have taken a talented squad to the tournament in Cameroon but were surprisingly being held by Sierra Leone until the Arsenal man’s moment of magic.

Ajax striker Sebastien Haller picked the ball up outside of the penalty area and drove at the opposition defence. Play eventually worked his way over to Pepe who curled a delightful finish into the bottom corner.

Nicolas Pépé has caressed this into the back of the net 👏