Watch: Nuno Tavares fumes after being subbed off in first half 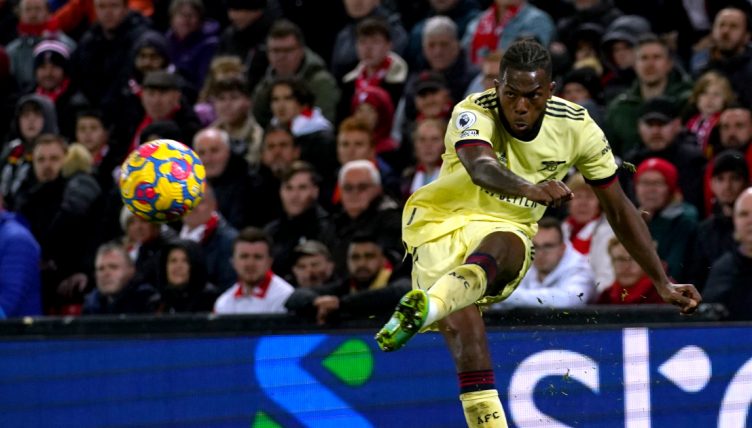 Mikel Arteta has not been afraid to pull any punches during his time as Arsenal manager, and he made a big call during their FA Cup tie against Nottingham Forest.

Nuno Tavares started the match at left-back but Arteta was not impressed by the Portuguese defender’s display both in attack and defence.

The manager made the decision to sub on Kieran Tierney on the 33rd minute rather than wait for halftime, a decision which Tavares took to heart.

Tavares walked slowly off the pitch and removed his gloves and hairband before throwing his gloves to the floor in frustration.

He gave the ball away nine times in the first half, more than any other Arsenal player, which will have contributed to Arteta’s decision to replace him so early into the match.

The 21-year-old gave no acknowledgement to his manager as he walked off the pitch.

Tavares has been in inconsistent form since joining Arsenal in the summer from Benfica for around £8million.

The Portugal Under-21 international had started most matches earlier in the season when Tierney struggled with injury but has since lost his position to the Scotsman, who Arteta gradually preferred.

Kieran Tierney comes on in the first half 🔁

😡 Nuno Tavares is not happy about it at all 😳@EmiratesFACup | @Arsenal pic.twitter.com/TBFihHtK7j