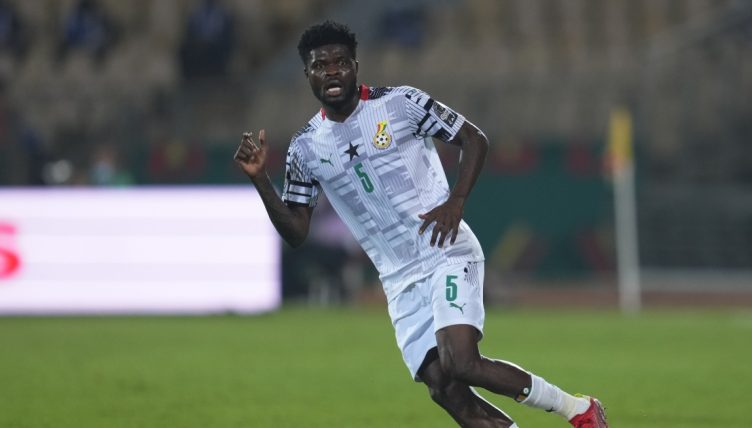 Thomas Partey will be back with Arsenal sooner than expected after Ghana were eliminated from the 2021 African Cup of Nations – but the midfielder still managed to provide an assist during the shock 3-2 defeat against Comoros.

Ghana went into the final round of Group C fixtures needing a victory to stay in the tournament following a loss to Morocco and a draw with Gabon.

But they struggled to bounce back from former-West Ham man Andre Ayew’s early dismissal and were beaten 3-2 by the minnows, despite overturning a two-goal deficit earlier in the game.

Ghana were staring at elimination when Partey swung over a corner that was converted by Alexander Djiku – giving the Black Stars a glimmer of hope.

But, as the 2010 World Cup quarter-finalists pushed for a winner, Comoros punished them with their third goal of the game in the 85th minute to send Ghana out of the competition.

Ghana’s anguish may prove a blessing for Arsenal though.

The Gunners are set to benefit from the early return of Partey, having been forced to request postponement of their weekend derby against Tottenham due to a lack of available players.

With rumours that Arsenal may have to postpone further matches due to injuries and COVID, Partey’s early elimination from AFCON will be a boost for Mikel Arteta’s side.

The ten-men of Ghana are back in it from TWO goals down! 😮

Another set-piece, another goal for Ghana as Alexander Djiku is on hand to equalise from close range! pic.twitter.com/xMJmfYqrBG