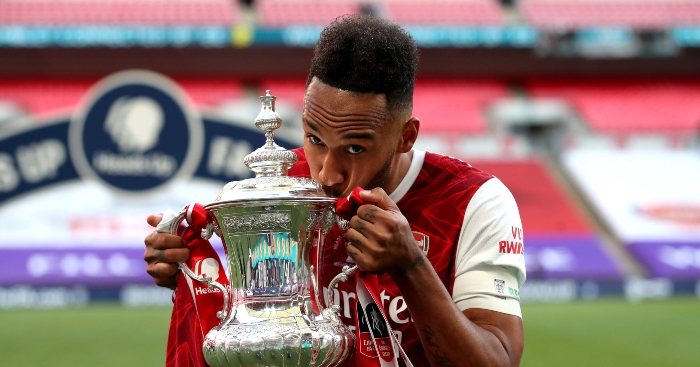 The 31-year-old then completed the turnaround in the 67th minute, turning Kurt Zouma inside out before dinking a brilliant finish over Willy Caballero.

Frank Lampard’s side were reduced to 10 men when Mateo Kovacic was sent off for a second yellow card and Arsenal held on to win the FA Cup for a record 14th time.

After picking up the trophy, Aubameyang then dropped it on the Wembley pitch to the amusement and shock of his Arsenal team-mates.