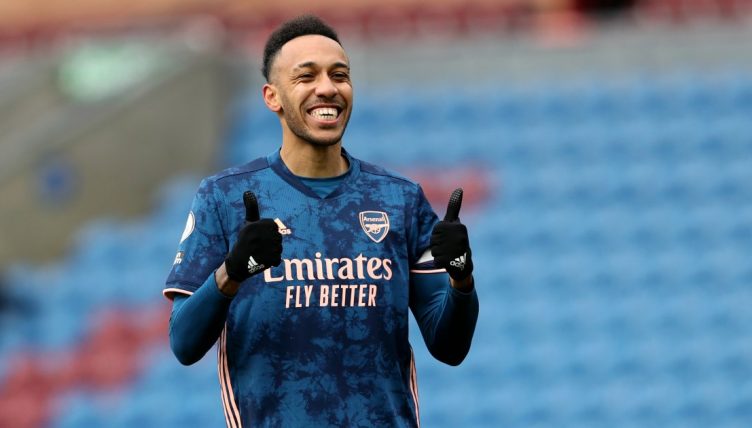 Arsenal‘s Pierre-Emerick Aubameyang delivered a timely reminder of his abilities during a recent kickabout with locals in Le Mans, France.

Aubameyang, who signed a new £350k-a-week contract ahead of the season, is widely regarded as one of the best strikers in the Premier League but struggled to find his best form during 2020-21.

The Gabon international netted just 10 goals in 29 Premier League appearances as the Gunners finished eighth for the second consecutive season.

“We know that it has been a really complicated season for him for many reasons, one is a personal one which has been challenging,” Mikel Arteta said in May.

“This is what it is all about in sport, when you have a difficult moment – how you react to that.

“But just advice from us is for those that have this opportunity and include the coaching staff, even myself, take that opportunity and disconnect a little bit because it has been a really demanding and challenging season and there is a lot of people, again, our close ones, they need us, and our body as well.”

With the Africa Cup of Nations due to be played at the start of 2022, Aubameyang now has a summer to rest and prepare for 2021-22.

The former Saint-Etienne striker headed back to France and took part in a game with some of the locals, scoring a brilliant Thierry Henry-esque goal.