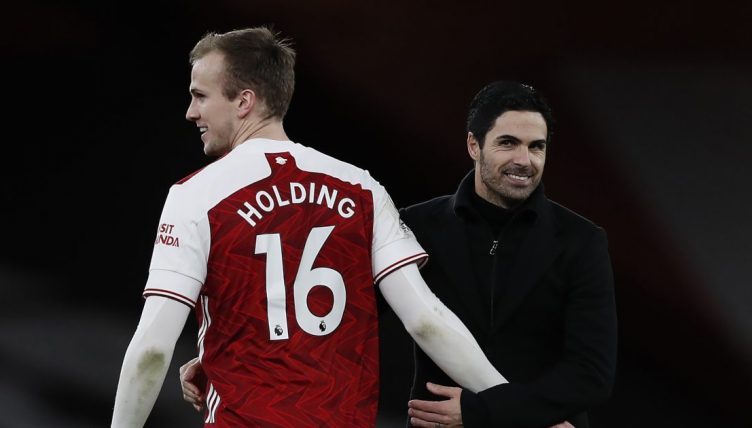 Rob Holding further cemented his status as an Arsenal cult hero during their 4-0 win over Slavia Prague in the Europa League quarter-final second leg.

Having been plagued by injury problems throughout his Arsenal career, Holding has finally established himself as a first-team regular this season.

“He is growing in every aspect. I am really happy with him,” Mikel Arteta said in January. “It is true that in the summer he came to me because we had a large amount of central defenders and he was not sure about how many minutes he was going to have.

“We stopped him going anywhere because we knew he was going to be an important player for us.”

As well as being a great defender, he famously did a Ronaldinho-esque dribble on the opening day of the season and also called Wolves’ Adama Traore a ‘brick shithouse’.

With Arsenal leading 3-0 against Slavia Prague, the centre-back won a free-kick in his own half after being fouled by Peter Olayinka.

Olayinka, who felt that that defender had deliberately caught his ankle, shoved him in the back but Holding just walked away with a cheeky grin on his face.