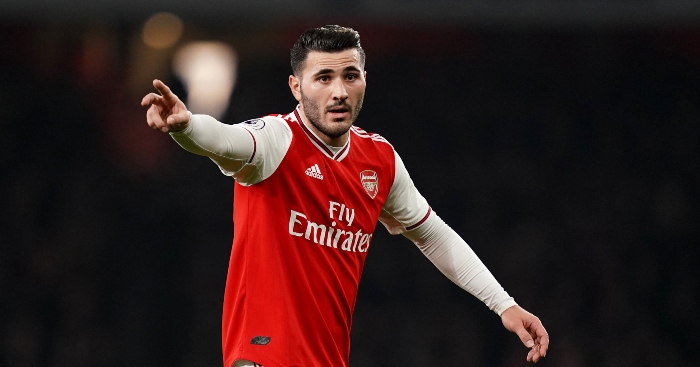 Arsenal eventually cruised to a 4-1 win over Molde in the Europa League and nobody was more relieved by that result than Sead Kolasinac.

The Norwegian side took a surprise lead through Martin Ellingsen in the 22nd minute before Kristoffer Haugen’s own goal levelled the scores just before half-time.

In the opening stages of the second half, Kolasinac looked certain to score after Andreas Linde palmed Joe Willock’s deflected cross straight into his path, but he somehow blazed his effort over the bar.

A glorious chance to take the lead 😫

Sead Kolašinac misses when it looks easier to score!

He won't want to see that one again… pic.twitter.com/AZFplCSqm8

The 27-year-old was later bailed out by Molde’s Sheriff Sinyan, who turned Willock’s pass across the six-yard area into his own net.

Bukayo Saka picked out Nicolas Pepe to make it 3-1 before Willock capped off an impressive performance with a deserved late goal.