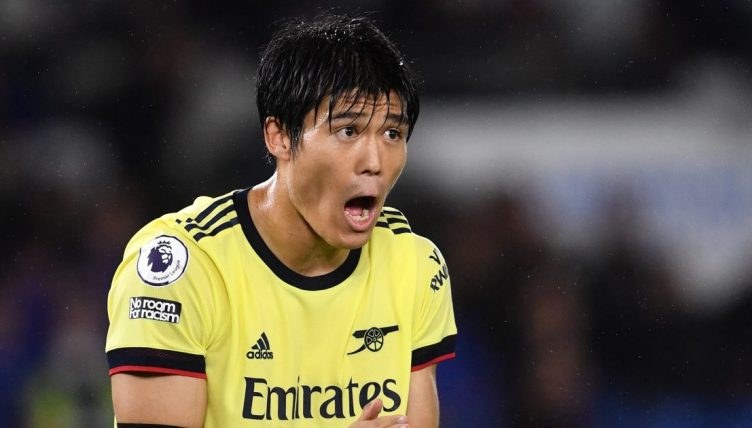 Arsenal full-back Takehiro Tomiyasu continued his impressive start to life in the Premier League with a remarkable sliding interception during his side’s victory over Leicester at the King Power Stadium this Saturday.

Tomiyasu, who signed for the Gunners from Bologna last summer, pulled off the outstanding piece of defensive work in the 30th minute when Foxes midfielder James Maddison attempted to thread the ball through to teammate Jamie Vardy.

The 22-year-old Japanese player’s piece of magic came thanks to his superb off the ball movement, not allowing himself to become distracted by the moving Vardy and preventing the attacking danger before it could cause any real threat.

The performance from the young right-back summed up an outstanding day for Arsenal as they ground out a 2-0 victory and moved into the Premier League’s top five for the first time this season.