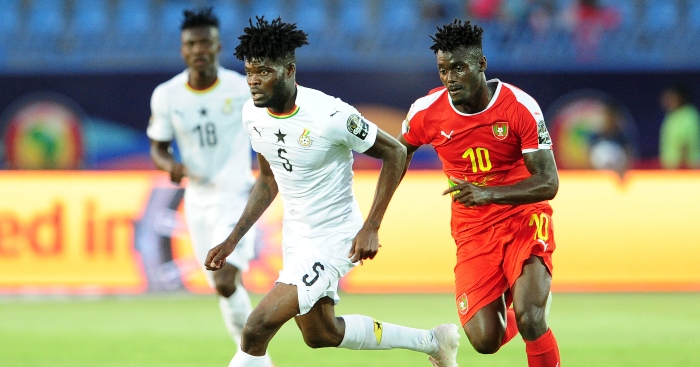 Arsenal fans have got their first glimpse of new signing Thomas Partey after the 27-year-old completed his big-money move from Atletico Madrid.

Partey is regarded as one of the best defensive midfielders in the world, inevitably drawing comparisons with Gunners legend Patrick Vieira.

After weeks of negotiations, Arsenal eventually agreed to pay the £45million release clause in his contract on transfer deadline day.

Following his transfer to the Premier League club, he joined the Ghana squad on international duty ahead of the friendlies against Mali and Qatar.

The midfielder showcased his excellent passing range in the 5-1 win over Qatar, setting up Andre Ayew with a brilliant assist.

Thomas Partey's second assist in the Ghana vs Qatar game.

The Arsenal Partey will be Partey after Partey pic.twitter.com/hzox9DVw2J