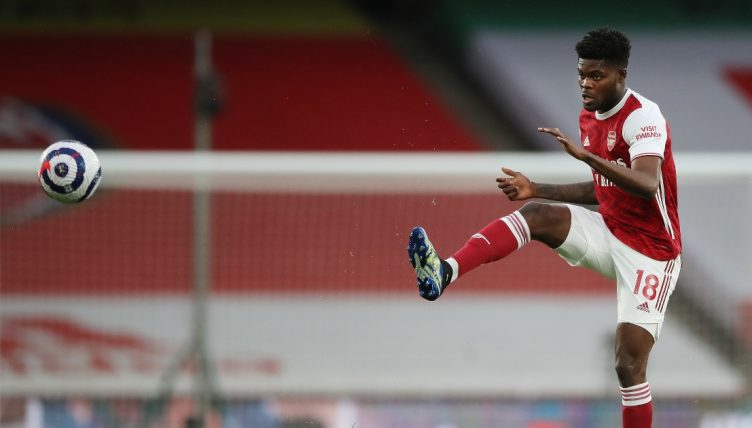 Thomas Partey further endeared himself to Arsenal supporters by seeming to ignore a fist bump from a Tottenham fan while on holiday in his native Ghana.

Partey was meeting and greeting supporters in his home country when a man wearing a Spurs shirt extended his fist.

But the midfielder walked straight past the fan and Arsenal fans can only hope it was for gloriously petty reasons.

Partey, who was signed from Atletico Madrid for £45million last summer, showed flashes of potential during his debut season in England but Arsenal’s struggles and injury problems undermined his chances of making a significant impression.

But, after claiming the No.5 shirt, Arsenal fans will be expecting a big season from the Ghana international.

He has already demonstrated his ability by whacking a long-range free-kick against the crossbar during their recent defeat at Hibernian.

The guy in the Tottenham shirt 😂 pic.twitter.com/eJ9Dw86E5U