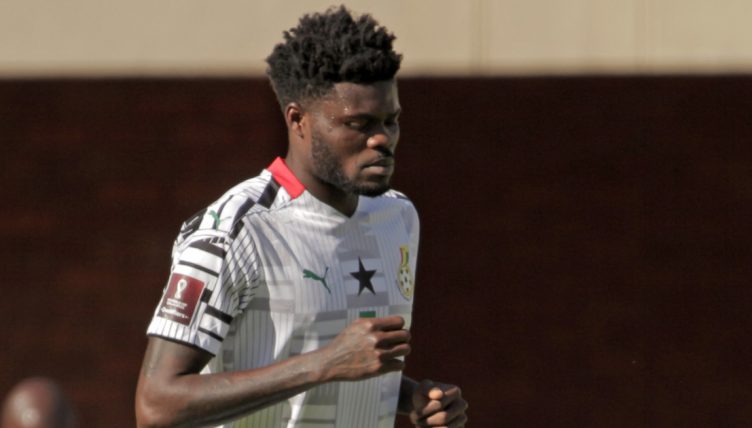 Arsenal midfielder Thomas Partey has hit a rich vein of goalscoring form with Ghana during the international break.

Partey joined Arsenal from Atletico Madrid in a £45million deal in 2020 but appeared to have left his shooting boots at the Wanda Metropolitano.

The 28-year-old failed to score in his debut season with the Gunners and is still waiting for his first goal after five appearances in 2021-22.

He started their recent draw against Brighton before linking up with the Ghana national team for a pair of 2022 World Cup qualifiers against Zimbabwe.

Partey started the first game in Ghana and scored the second goal in a 3-1 win, intercepting the ball in midfield before rifling an effort in at the near post.

The midfielder retained his place in the side for the game in Zimbabwe on Tuesday and broke the deadlock in the 31st minute. After Ghana were awarded a free kick just outside the penalty area, he stepped up and scored what proved to be the winning goal.