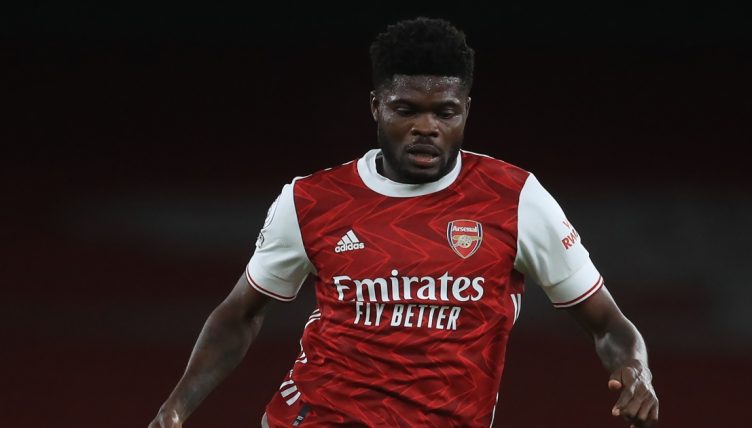 Thomas Partey smashed the crossbar with a stunning long-range free-kick during Arsenal‘s pre-season friendly against Hibernian.

Partey came on at half-time as Arsenal fell to a 2-1 defeat at Easter Road, but the Ghana international left his own impression on the game with a spanking free-kick.

With Mikel Arteta’s team trailing by a single goal, Partey took responsibility for a set-piece around 25 yards from goal. After a shortish run-up, the midfielder unleashed a stinging shot that left Hibs goalkeeper Matt Macey stranded.

Unfortunately for Arsenal, the shot bounced straight back off the crossbar and out of the penalty area.

Partey was wearing his new shirt number for the first time ahead of the upcoming season. Speaking to Arsenal’s official website about going from No.18 to No.5, he said: “I like the No. 5 because it’s one of the most important numbers in the team and it is also a lucky number for me.

“It’s the number I’ve worn for the past few years, so for me, it’s one of the best numbers.”

Thomas Partey seems to have worked on his shooting this summer.