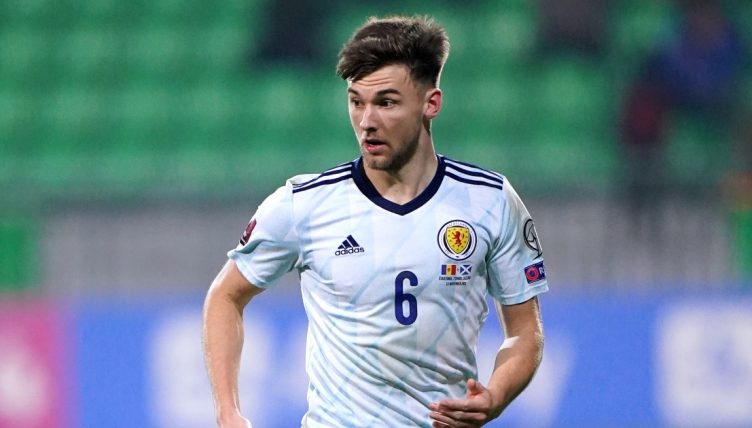 Kieran Tierney is a hero for both club and country – and he demonstrated why with a filthy double nutmeg during Scotland’s 2-0 win over Moldova.

Tierney is part of an increasingly improving Scotland side whose victory ensured their first World Cup play-off slot since their last finals appearance in 1998.

The Arsenal full-back, who showcased his impressive defensive skills with a superb last-ditch tackle to deny Moldova a consolation goal, took the opportunity to ruin the career of one Moldova defender with a cheeky double nutmeg.

With the clock running down, Tierney slipped the ball through the legs of Ion Jardan and continued his passage down the wing.

Jardan, having not heeded the warning, came back for a second bite of the cherry but was left red-faced after Tierney stuck the ball through his legs for a second time and entered the opposition penalty area.

Scotland face Denmark in their final qualifier tonight and know that a positive result will probably guarantee them a home semi-final in March’s play-offs.